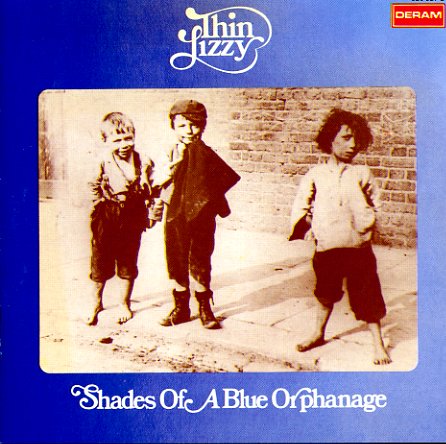 Wonderful work from the early Thin Lizzy trio lineup – a record that has all the power of their later records, but which also mixes in some airier moments that really help shape the sound! These guys are already setting themselves apart from their psych or blues rock predecessors – thanks to Phil Lynott's wonderful vocals and unique approach to a tune – which gives the record loads of great moments that don't always get their due! Titles include "The Rise And Dear Demise Of The Funky Nomadic Tribes", "Sarah", "Brought Down", "Chatting Today", and "Shades Of A Blue Orphanage".  © 1996-2021, Dusty Groove, Inc.

Sticky Fingers (180 gram pressing – half-speed master)
Rolling Stones/Universal, 1971. New Copy (reissue)
LP...$24.99 29.99 (CD...$6.99, LP...$69.99)
Landmark work from The Rolling Stones – and a set that may well stand alongside Exile On Main Street for capturing the group at their height! The record's got the Stones very much in their own space – years from just putting a UK spin on American blues – and instead, finding a ... LP, Vinyl record album