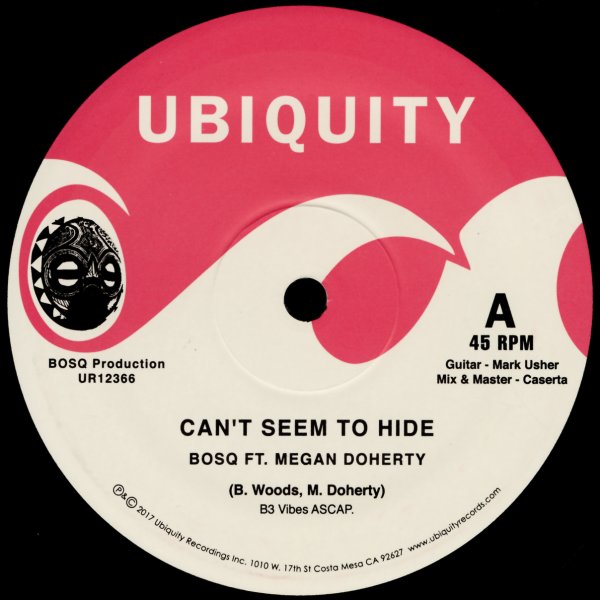 Can't Seem To Hide/Take Me There

Some of the most upbeat work we've ever heard from Bosq – a nicely-grooving cut that serves up unabashed club, and with a nice sort of 70s vibe to boot! The track's got heavy percussion at the bottom and great female vocals on the top – and almost feels like some lost track pulled out of the vaults of Salsoul Records, circa 1978! "Take Me There" is great too – with more of the same sort of special brew, at a level that's got us giving Bosq a lot more respect than before! Nicole Willis sings on "Take Me" – and gives the tune an even deeper sense of soul!  © 1996-2020, Dusty Groove, Inc.