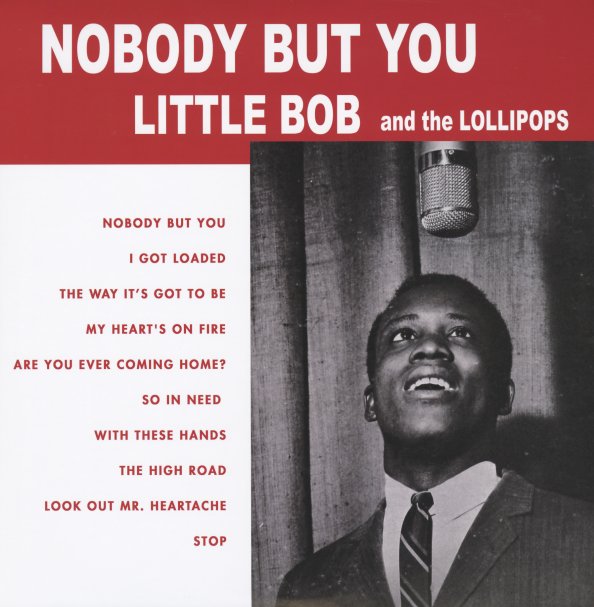 Great work from Little Bob – aka Lil Bob, aka Camille Bob – a New Orleans soul singer with a nicely funky edge! The album's almost got more of a mid 60s James Brown inspiration than some of Bob's southern contemporaries – with backing from the super-tight Lollipops, who really know how to make all the instruments come down on the groove – but also still leave room for one of the horn players to step out with a smoking solo from time to time! Bob's got a mellow, heartbreaking vibe on some of the more laidback tracks – but then can really soar on the more upbeat numbers – showing an emotional range that's really wonderful, and which makes the album as much a deep soul treasure as it is incredibly rare. Titles include "I Got Loaded", "The Way It's Got To Be", "Nobody But You", "My Heart's On Fire", "Are You Ever Coming Home", "So In Need", "With These Hands", and "Look Out Mr Heartache".  © 1996-2022, Dusty Groove, Inc.