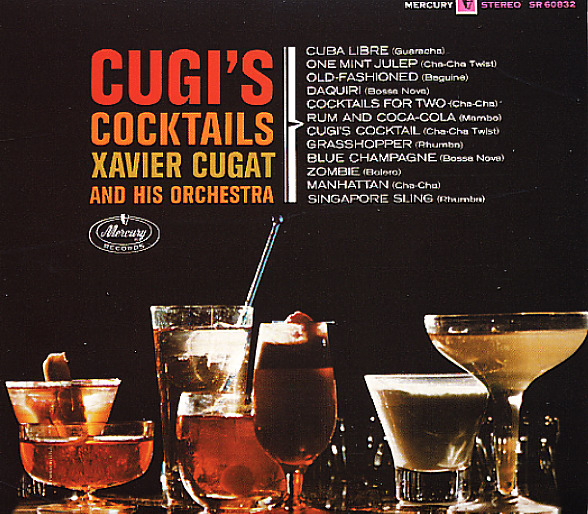 Cugat and cocktails – what could be better? The set's a bit later than Xavier Cugat's classic vintage – but in a really nice way, one that has him opening up with some groovy 60s rhythms! The style is still heavily Latin, but there's also some nice influences from bossa nova and some of the dance trends that were creeping into the dancefloors of the time – and arranger Hal Mooney gives the whole thing a playful kind of approach that's still as rhythmic and percussive as Cugat's other albums, but which also uses the horn charts to carve some nice colors over the top! Titles include the excellent original "Cugi's Cocktail" – a great slow-groover with a soul jazz finish – plus "Manhattan", "Zombie", "Singapore", "Daiquiri", "Old Fashioned", and "Cuba Libre".  © 1996-2021, Dusty Groove, Inc.
(Out of print, 2005 digipack pressing – in nice shape!)

Candido – Featuring Al Cohn
Verve/ABC, 1956. Used
CD...$13.99
One of the jazziest Candido albums ever – a tight little 50s set that features the master congolero working with a small combo that includes Al Cohn on tenor, Dick Katz on piano, and Joe Puma on guitar! The sound is nice and stripped-down – bristling with a percussive approach to the ... CD