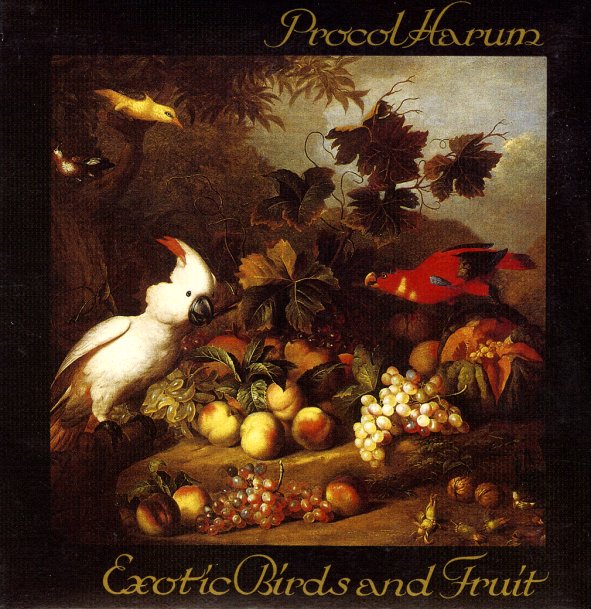 Procol Harum were one of those groups who continued to sound amazing, even way past their initial hits – as you'll discover here on this wonderful gem from 1974! The album's got everything we love in the group very firmly in place – that strange mix of blues roots and drama, fused with loads of great organ and piano lines, and topped with the always-unique vocals of Gary Brooker – a singer who can make even the simplest lyric sound wonderful, but always without ever overstating his case! The balance is hard to describe in words, but it's perfectly Procol-like throughout – on well-penned, well-produced tracks that include "Beyond The Pale", "Nothing But The Truth", "The Idol", "Thin End Of The Wedge", "New Lamps For Old", "Butterfly Boys", and "As Strong As Sampson".  © 1996-2021, Dusty Groove, Inc.

Salty Dog (Original Master Recording)
A&M/Mobile Fidelity, 1969. Used
CD...$32.99
Maybe our favorite album from Procol Harum – a set that adds in some wonderful use of strings to the group's unique style – almost moving forward on the promise of the earlier single "Whiter Shade Of Pale", moving into much deeper territory overall! There's something about ... CD

Broken Barricades (with bonus tracks)
A&M/Repertoire (Germany), 1971. Used
CD...$14.99
A fantastic fifth album from Procol Harum – one that really demonstrates the ever-changing energy of the group, and the way they seemed to find a fresh new focus with each of their early albums! The vocals of Gary Brooker are even more wonderful than ever – rejoined here with the ... CD