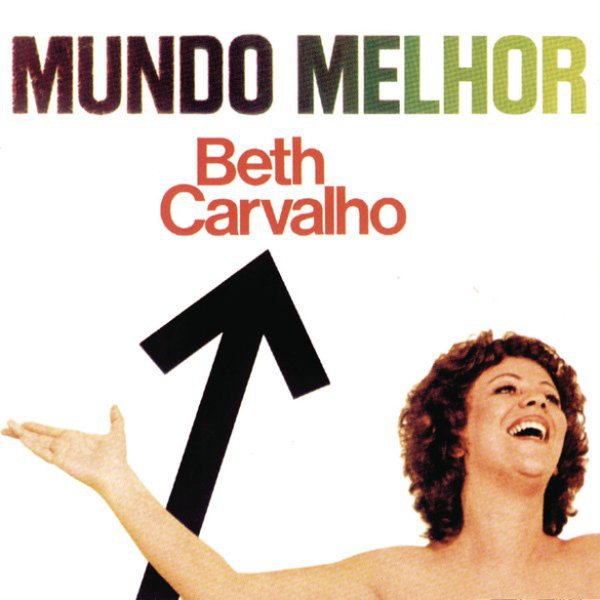 Beth Carvalho was one of the leading lights of the new samba generation of the 70s – and this great little album is a good illustration of the lady at her best! Beth can hit a lively groove with the best of them, but also bring a bit more expression to her voice as well – sometimes almost reaching territory of her more sophisticated partners in the MPB generation – but never losing sight of the lightly tripping qualities that make her samba so great! Core instrumentation comes from cavaquinho, 7 string guitar, and lots more percussion – arranged by Ivan Paulo and Rildo Hora, on titles that include "Antes Ele Do Que Eu", "Te Segura", "Salario Minimo", "Meu Escudo", "Divina E A Musica", "Mundo Melhor", and "Quero Alegria".  © 1996-2022, Dusty Groove, Inc.
(Cover has light wear, some aging, and an unglued top seam held with a piece of clear tape.)

Linha De Passe
RCA (Brazil), 1984. Near Mint-
LP...$14.99
A bit later vintage than some of Milton's 60s bossa work, but one of his nicest albums from the 80s – and filled with great little jazzy tracks that are tighter than some of his other albums from the time! The group's a trio, and the tracks include many nice ones by some of the better MPB ... LP, Vinyl record album

Bem Transado
RCA (Brazil), 1983. Near Mint-
LP...$4.99 11.99
Smooth samba work from Joao Nogueira – recorded in 1983 with arrangements that have a bit of keyboards in with the guitars and percussion. Titles include "Outros Tempos", "Se Segura Seguaranca", "Como Sera", "Dois Dois", "Clube Do Samba", and ... LP, Vinyl record album