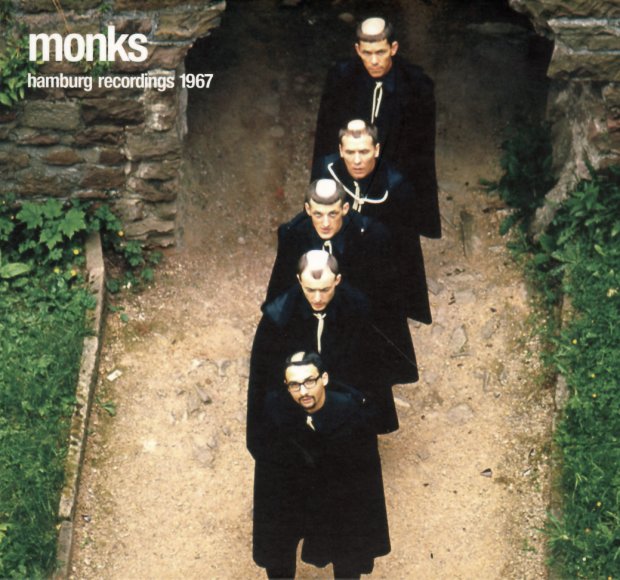 The last slice of work to be released from the incredible Monks – a group of American servicemen who rocked the German scene in the mid 60s – and have gone onto become the stuff of legend over the years! The group's Polydor recordings have been issued and reissued many times – but this shorter batch of tracks features five tunes recorded at the Top Ten Club in the summer of 1967 – evidently the last work that the group did together before breaking up – with a sound that's every bit as amazing as their famous album, if not more adventurous overall! The Monks' approach is very hard to peg – certainly elements of garage and psych, but with a madness that really makes these guys completely unique – maybe even more so here, as they weren't trying to please any execs at a record company. Titles include "I Need U Shatzi", "Yellow Grass", "Julia", "PO Box 3291", and "I'm Watching You"  © 1996-2022, Dusty Groove, Inc.