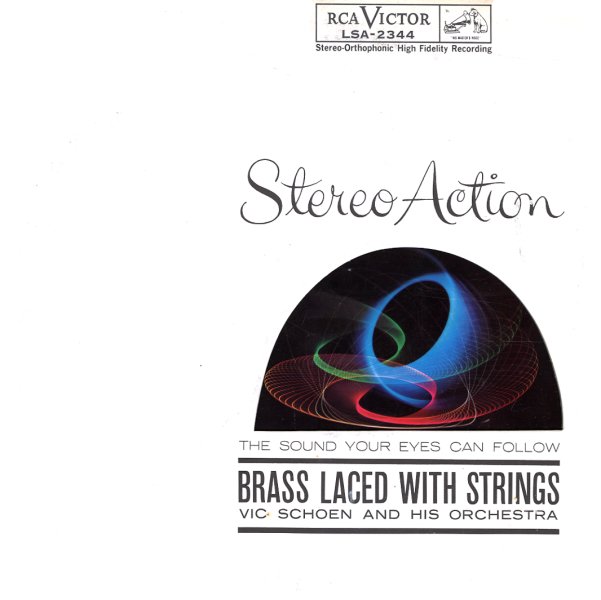 Vic Shoen's entry into the RCA die-cut "Stereo Action" series, with a bunch of standards done up in brass, and then augmented with stereo action strings.  © 1996-2021, Dusty Groove, Inc.
(Stereo Action pressing with deep groove in the die-cut cover. Includes the printed inner sleeve. Cover is bumed at the top right corner, with a small split in the seam.)