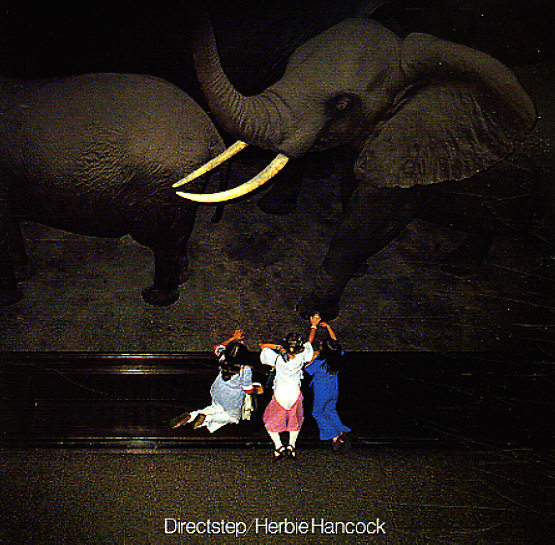 Also available
Herbie Hancock — Directstep ... CD 6.99
A rare Japanese-only session from Herbie Hancock – very electric, and nicely funky in all the right parts! The set was recorded at the end of the 70s with amazing fidelity – and features a unique lineup that includes Webster Lewis on additional keyboards and Alphonse Mouzon on drums – alongside more familiar partners Bennie Maupin on reeds, Paul Jackson on bass, and Bill Summers on percussion! Given these last three, there's almost a slight Headhunters feel to the set – but the overall groove is a bit more mellow, with some wonderfully spacey touches that are super-soulful – and miles above anything that Herbie was recording in the US at the time. Titles include the sublime mellow groover "Butterfly", plus "Shiftless Shuffle", and the side-long jazzy jammer "I Thought It Was You"!  © 1996-2023, Dusty Groove, Inc.
(Out of print, 1999 Japanese Master Sound pressing – includes obi!)

Sunlight
Columbia (Germany), 1978. Used
CD...$9.99 11.99
An overlooked little gem in Herbie Hancock's 70s catalog – and a sweet set of funky tunes that adds an R&B edge to the Headhunters sound! Herbie's playing a heck of a lot of keys on the set – from Arp to moog to Rhodes, and everything in between – but the album never gets too ... CD