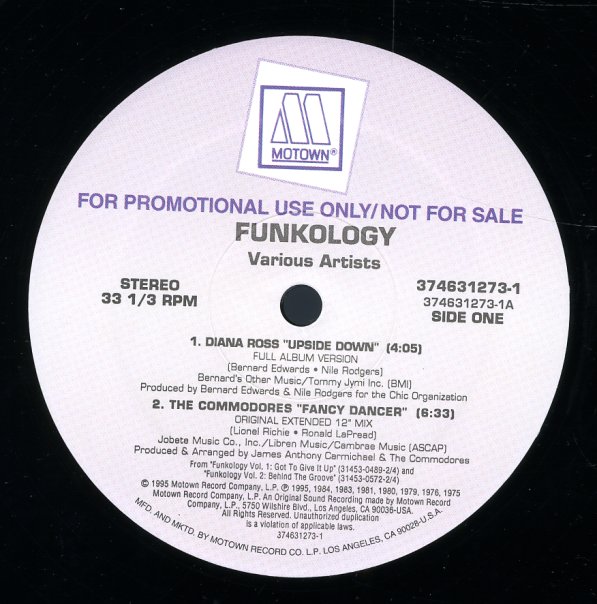 Mid 90s compilation that features full album and 12-inch versions of "Upside Down" by Diana Ross, "Fancy Dancer" by The Commodores, "All Night Long" by Mary Jane Girls, "I'm A Sucker For Your Love" and "Young Love" by Teena Marie, "Quiet Storm" by Smokey Robinson, "Fire And Desire" by Rick James, and "Skippin' For Today" by Eddie Kendricks.  © 1996-2021, Dusty Groove, Inc.
(Promo in a stickered gatefold sleeve.)