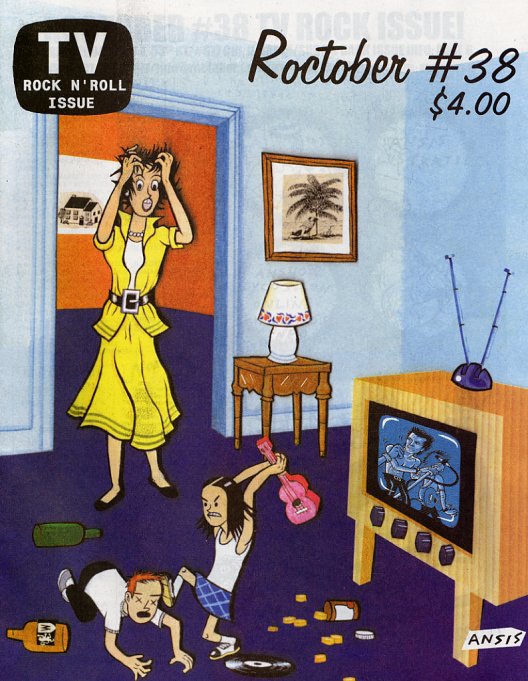 Articles, reviews, interviews and comics covering the history of Rock, punk, soul and hip hop on television. The main feature is an exhaustive, critical episode guide to every episode of Behind The Music. Also features interviews with 60s garage band Daughters Of Eve, Snoop Dogg, King Diamond, Eddie Shaw of The Monks, Cannibal Corpse, Art Fein, Jim Peterik of The Ides of March and Marv Wolfman of Marvel Comics. Plus Hanna-Barbera, The Goodies, The Beatles, Jerry Lee Lewis and much more.  © 1996-2021, Dusty Groove, Inc.