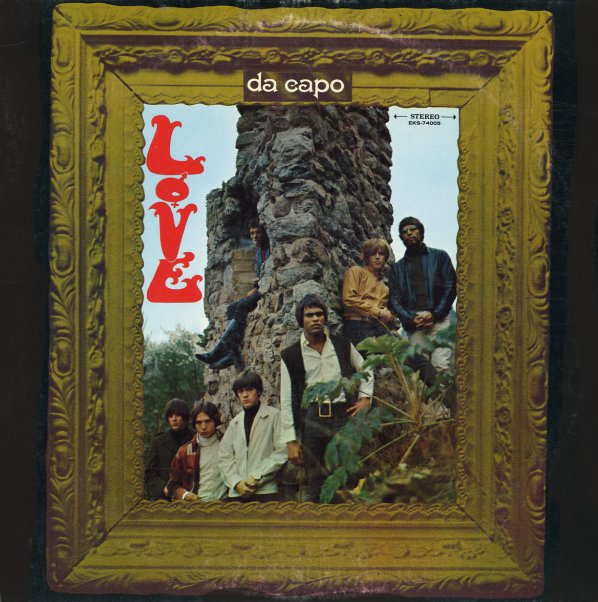 A stunning second album from Love – a set that's still without the fuller orchestrations and baroque touches of Forever Changes – but which already shows the group moving in that direction! The rough, gritty edge of the group is very firmly intact – but they've already got a really fresh way of putting over a song – by complicating the rhythms a bit, going for unusual tonal colors, and furthering the really imaginative songwriting of Arthur Lee. Side one features some incredibly haunting shorter tunes that point the way towards Forever Changes – including the insanely wonderful "She Comes In Colors", the Latin-tinged "Que Vida", and the cuts "Stephanie Knows Who", "The Castle", and "Seven & Seven Is". Side two is a total freak-out – an 18 minute bluesy guitar jam, very over the top stuff – and quite unusual in length for a rock album in 1966!  © 1996-2023, Dusty Groove, Inc.
(Gold label big E stereo pressing – 1A/1A. Vinyl has a press flaw bump that clicks a bit on "Seven & Seven Is". Cover has some ringwear, edge wear, some aging, and bent corners.)

Shake It Up
Elektra, 1981. Very Good+
LP...$11.99
A well-remembered classic from The Cars – one of those records that had the group finding a perfect way to tap into new wave energy from the underground, yet somehow manage to score some major hits at a time when American radio was still pretty shy of so many new sounds! This set still has ... LP, Vinyl record album