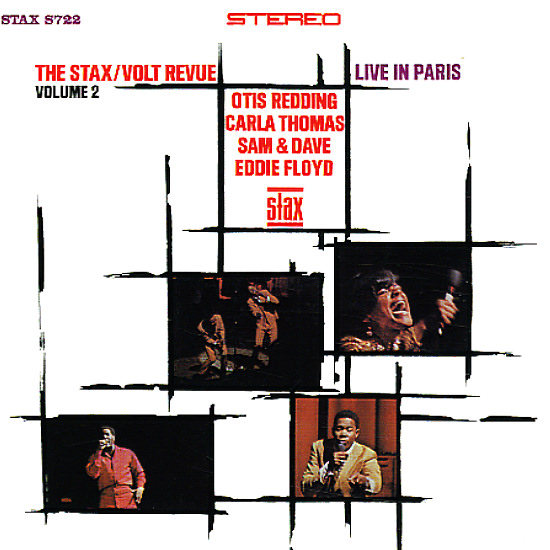 The Memphis sound, working hard overseas – in a smoking live set that has some Stax Records stars working in Paris! There's a tightness here that arguably goes past the studio work by the singers – possibly because everyone's working in the same space, with the same backing group – and together have this intimacy that really makes the music sparkle. And sure, it's a bit rough around the edges at points, but in a good way – one that helps get past too-familiar modes in the tunes. Titles include "You Don't Know Like I Know" and "You Got Me Hummin" by Sam & Dave, "Raise Your Hand" and "But It's Alright" by Eddie Floyd", "Try A Little Tenderness" by Otis Redding, and "I Got My Mojo Working", "Let Me Be Good To You", and "Gee Whiz" by Carla Thomas.  © 1996-2021, Dusty Groove, Inc.
(Out of print.)

Good To Me – Live At The Whisky A Go Go Vol 2
Stax, 1966. Used
CD...$4.99
A second heavy helping of work from Otis Redding's classic performance at the Whisky A Go Go – a set that digs a bit deeper than Atlantic's album from the Whisky, and one that features a fair bit of previously unreleased material! The show is presented in pretty unadorned formation – ... CD