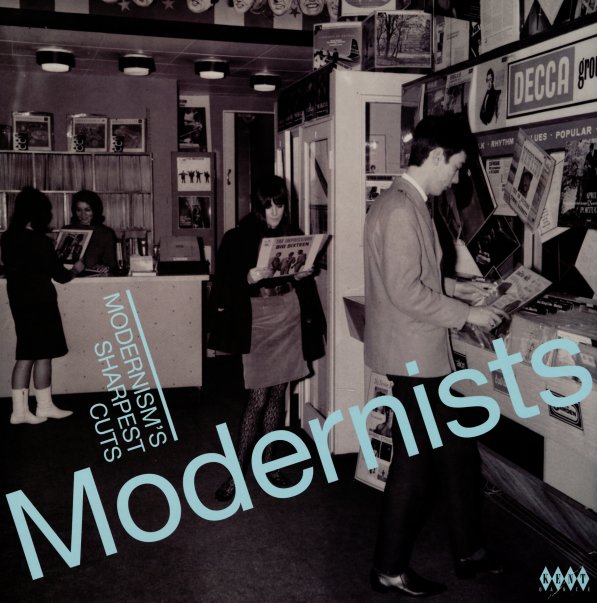 Not "modernists" as in the kind you'd find in the art world – but instead "mods", of the sort that were the biggest proponents of soul music in mid 60s London! The package is a stellar array of rare soul tracks that all fit right in the best mod vibe that bubbled big for a few key years in the UK – a blend of romping soul, heavy R&B, and groovy jazz numbers that flow together with nonstop energy and a righteous sort of power that was extremely liberating at the time – and which still stuns us all these many years later! And unlike a lot of mod soul sets, this one isn't filled with overdone hits, and instead tries to find more obscure cuts that really fit the mod spirit of the glory days – all rare 60s numbers, but some of which never even circulated much back in the day. Wonderful stuff throughout – a great soul music counterpart to the Mod Jazz series on Kent – with titles that include "Sundown" by The Merced Blue Notes, "Dancing Everywhere" by Bob & Earl, "Soul Is My Game" by Chet Ivey & His Fabulous Avengers, "East Side" by Hank Jacobs, "Jet Set" by Mel Williams, "Ain't That Soul" by Teddy Reynolds, "Go" by Little Johnny Hamilton & The Creators, "Hard Working Girl" by Clarence Daniels & Obie Jessie, "Another Child Lost" by Floyd White, "A Feeling Deep Inside" by The Corvairs, "The Real Thing" by Troy Dodds, "You Should Have Been A Doctor" by Bessie Banks, "I'm Gonna Get You" by Leroy Harris, and "All Around The World" by Chuck Higgins.  © 1996-2022, Dusty Groove, Inc.