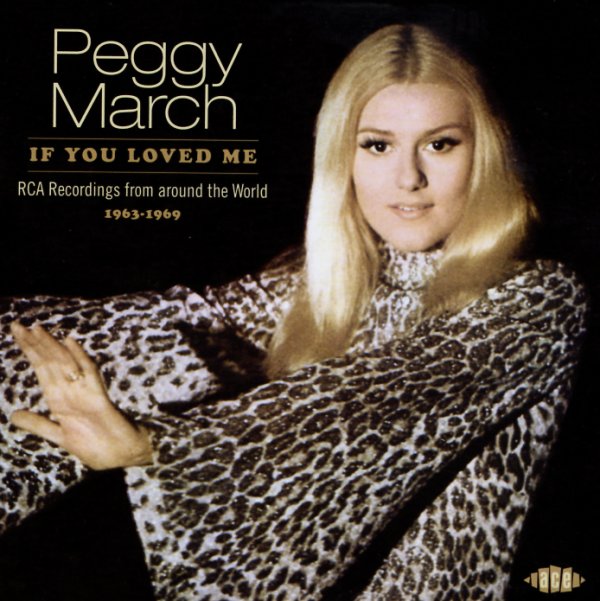 Peggy March is a singer with a surprisingly varied career – an artist that most folks know for only her early little girl pop fame – but one who went onto record a very unusual range of sounds as the 60s moved on! RCA was her label, and while she never hit the heights of the charts after her early hit, the company was more than committed to allowing Peggy's sound to grow and flourish – especially on the international scene, where she not only recorded tracks in other languages, but also picked up new non-American songs, and served up very cool English-language versions! This set really does a great job of moving past the early stuff, and looking at this lost later legacy of March's music – sounds that we'd easily compare to the hipper 60s material by Jackie DeShannon, even though Peggy didn't write her own material. The range of studio talents really keeps things interesting – there's even one track arranged by Ennio Morricone – and titles include "He's Back Again", "If You Loved Me", "He Couldn't Care Less", "Watch What You Do With My Baby", "Johnny Cool", "Kilindini Docks", "Eh Bravo", "Passo Su Passo", "Too Long Away", "Wasurenaiwa", "Ne Joue Pas Les Enfants", "He Couldn't Care Less", "This Heart Wasn't Made To Kick Around", "Can't Stop Thinkin About Him", and "Fool Fool Fool".  © 1996-2022, Dusty Groove, Inc.

Seven Bridges Road – The Complete Recordings (with bonus tracks)
Ace (UK), 1972. New Copy
CD...$9.99 18.99
The lasting classic from underground legend Steve Young – a set that features his famous original version of the title track, which was recorded by a number of key talents in the 70s – but which is even more important as a testament to Steve's unique place in music! Young had country ... CD