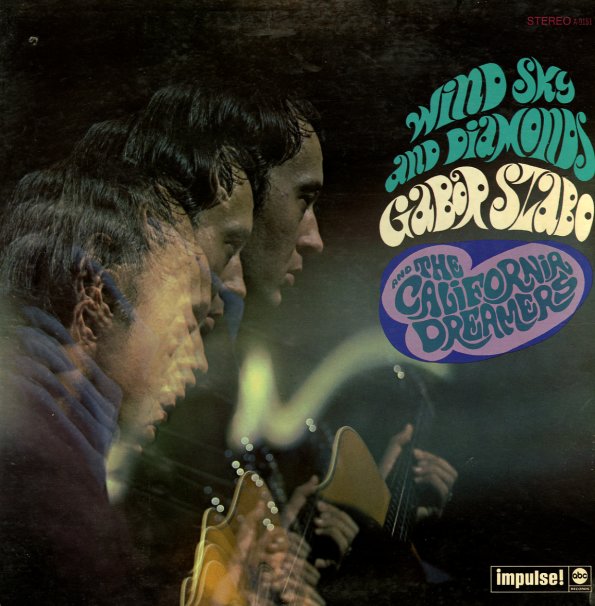 Wonderfully groovy work from guitar genius Gabor Szabo – one of those sublime late 60s albums when he was finding out that a bit of psych was the perfect setting for his unique electric phrasing! The set features work from a number of different musicians – the great Bill Plummer on sitar on every single cut, plus other guitar from Howard Roberts and Dennis Budimir, piano and electric harpsichord from Mike Melvoin, and some great Fender bass from the legendary Carol Kaye! Titles include "The End Of Life", "White Rabbit", "Saigon Bride", "Twelve Thirty", "To Sir With Love", and "Are You There?"  © 1996-2023, Dusty Groove, Inc.
(Orange and black label stereo pressing with Van Gelder stamp. Cover has some surface wear, gloss separation at the spine, some gloss wrinkles in front, and initials in marker in back.)

Nightflight
Mercury, 1976. Very Good
LP...$9.99
Wonderful 70s work from Gabor Szabo – a record that has him picking up a bit more of a soulful undercurrent, while still keeping all his great guitar work nicely upfront! The album has Gabor recording at the legendary Sigma Sound Studios – with help from Philly soul arrangers Richie ... LP, Vinyl record album

Crescent
Impulse, 1964. Near Mint-
LP...$24.99 (LP...$36.99)
Sharp-edged John Coltrane at his best – a record that we'd rank right up there with Love Supreme, and which is a key transition point in Coltrane's musical ideas! There's a very strong edge to Coltrane's tone here – and even on the mellower ballads, he plays with a sound not always ... LP, Vinyl record album