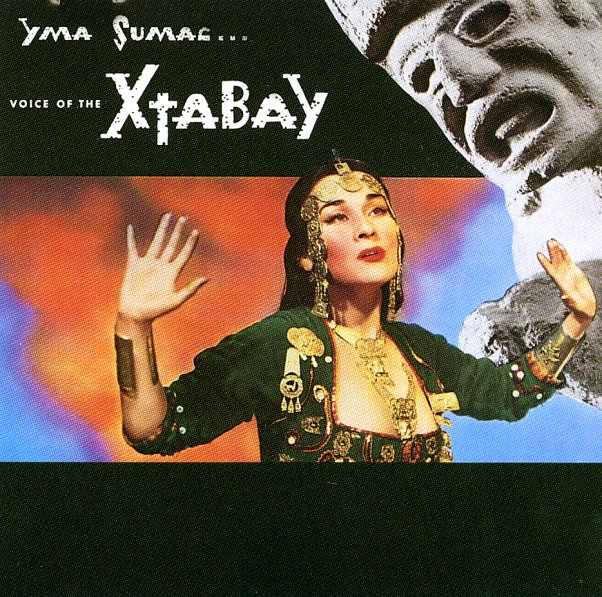 Legendary vocal work from the postwar years – some of the earliest recordings from the enigmatic Yma Sumac – an artist whose records really laid the groundwork for an entire generation of exotica records to come! Sumac's authenticity has been debated over the years – but there's no denying that she's got this incredible vocal range – a many-octave approach that almost makes her sound like a human theremin – as she works with exotic backings from Les Baxter to offer up a take on Peruvian roots, styled towards a 50s bachelor pad listener! Titles include "Xtaby", "Wayra", "Taita Inty", "Monos", and "Tumpa". Inca Taqui is an early 10" LP – on which Yma Sumac sings chants of the Andes – and authentic or not, the sound's pretty darn great! The record's in the same format as her other early work for Capitol – tunes written by Moises Vivanco, who also conducts the backings in a dramatic early 50s style that's perfect for Yma's wonderful voice! And whether or not these tunes are actually the ones that all the cats in Peru were singing up in the mountains, they still sound pretty darn great as a key part of postwar exotica! Titles include "Incachao", "Llulla Mak'Ta", "Chuncho", "K'Arawi", and "Cumbe-Maita".  © 1996-2021, Dusty Groove, Inc.
(Out of print.)

Voice Of The Xtabay
Capitol/Rev-Ola (UK), Mid 50s. Used
CD...$4.99
Legendary vocal work from the postwar years – some of the earliest recordings from the enigmatic Yma Sumac – an artist whose records really laid the groundwork for an entire generation of exotica records to come! Sumac's authenticity has been debated over the years – but there's ... CD