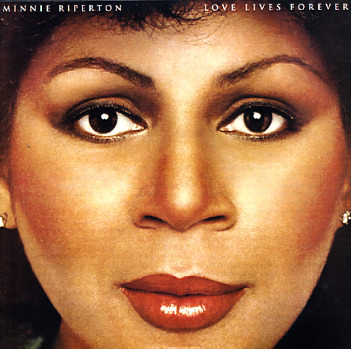 The last album ever from the amazing Minnie Riperton – and one of her greatest records as well! The album was sadly issued after Minnie's untimely early passing from this planet – but it's a heavenly batch of tunes that definitely shows that her love of music lives forever – thanks not only to a strong talent for songwriting and sublime production from husband Richard Rudolph – but also some important help from a variety of all-star guests who are all brought together out of deep affection for Minnie. George Benson, Stevie Wonder, Michael Jackson, Roberta Flack, Patrice Rushen, Peabo Bryson and others all make key appearances here – working with arrangements from Johnny Pate, and vocals the Minnie recorded for the record before its completion. Titles include the perennial favorite "Here We Go" – easily one of Minnie's greatest tunes ever – plus "I'm In Love Again", "You Take My Breath Away", "Strange Affair", "Island In The Sun", and " The Song Of Life (La-La-La)".  © 1996-2021, Dusty Groove, Inc.
(Cover has light wear.)