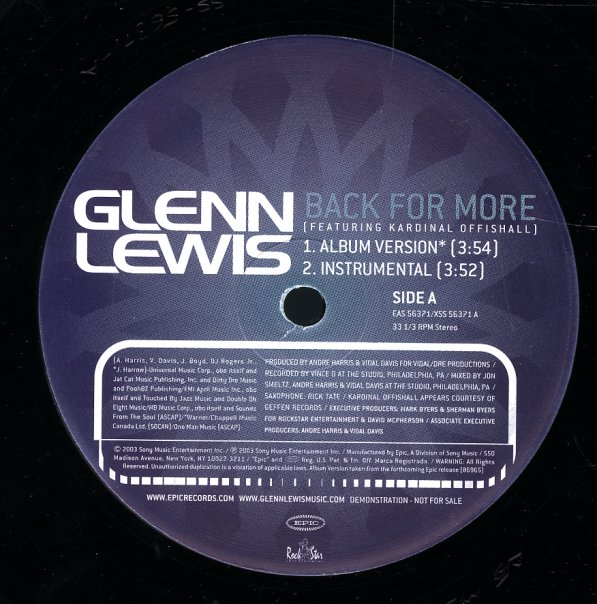 Back For More (album, inst, album w/o rap, acapella)