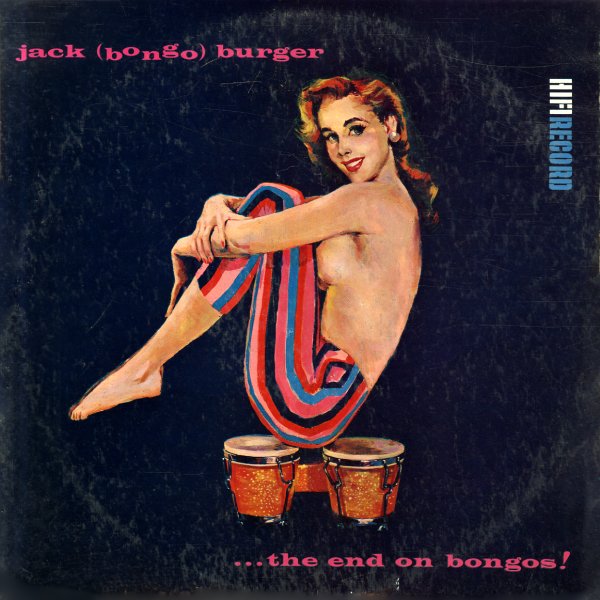 A sweet set from that great record moment when Latin styles were coming into play with the hipper sounds of the bachelor pad world! Jack "Bongo" Burger was a west coast percussionist with a very similar style to Jack "Mr Bongo" Costanzo – and in fact, since they're both named Jack, and have a bongo middle name, we always wonder whether or not they're the same person! Whatever the case, this album's a tasty batch of bongo-heavy tracks – with a style that's similar to some of Costanzo's work on Liberty, although perhaps with slightly less of a Latin bent. The group includes Buddy Collette on flute and sax, plus piano, trumpet, electric bass, and some nice odd percussion. Kind of like a combo of some of Collette's jazz work, and the exotic stuff that was also appearing on the Hi Fi label. Tracks include "Jordu", "China Nights Mambo", "Negre Setin", "Chiu Chiu", and "Mambo Burger".  © 1996-2022, Dusty Groove, Inc.
(On colored vinyl!)

Mi Buenaventura (180 gram pressing)
Vampi Soul (Spain), 1967. New Copy (reissue)
LP...$26.99
A romping little record from the Colombian scene of the 60s – a set that's kind of a bridge between older Latin modes and the new cumbia rhythms of the time – at a level that also has lots of criss-crossing elements that really keep things interesting! The album has a great long ... LP, Vinyl record album