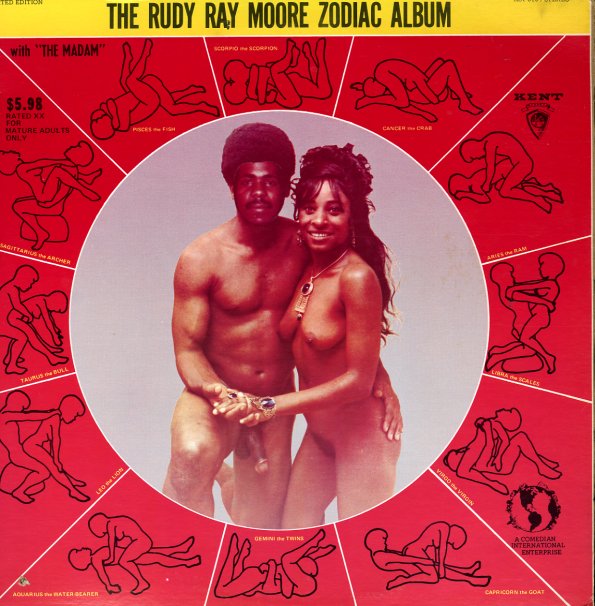 One of the best of the Rudy Ray Moore raunchy party albums from the 70s, and one that must be seen to be believed! The cover has "Rudy" standing nude with "The Madam" – but the man on the front really isn't Rudy, as you can plainly see that his face has been pasted over the image of another male model! Around this image, different Zodiac signs are interpreted by images of a couple making love in different positions! But if that's not enough, the album actually has a great long track called "The Sensuous Black Man Meets The Sensuous Black Woman", plus two shorter "Trips Through The Signs Of The Zodiac" by Rudy – one for men, and one for women!  © 1996-2021, Dusty Groove, Inc.