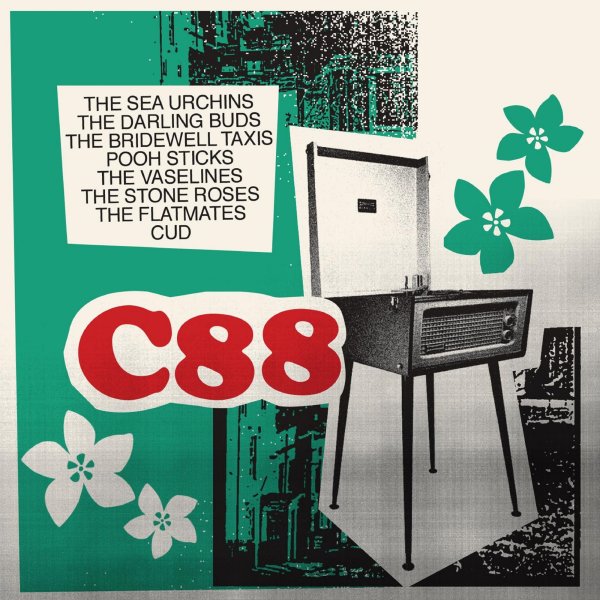 The third great volume in this wonderful series that looks at the huge explosion of British indie rock in the mid 80s – and a collection that maybe compiles tracks from the last great year of the scene! Not that British music stopped dead in its tracks – but the following year saw dance/house come in from surprising corners, and many groups either hit big commercial fame, or step sideways into other modes – which maybe made 1988 the last great year for guitar-driven, sharply-penned tracks like these! As with other projects of this nature from Cherry Red, the presentation is wonderful – loads of tracks in a 5" square box, with a big bonus book of notes too – all delivering a lot of greatness in a tiny package. The set features 71 tracks in all – and titles include "The Camera Loves Me" by Would Be Goods, "Clear" by Whirl, "On Tape" by the Pooh Sticks, "Lies" by Bridewell Taxis, "One Summer" by Moss Poles, "Tattered Tangled & Torn" by Bradford, "Creamation Town" by The Poppyheads, "High" by Choo Choo Train, "Elephant Stone (7" version)" by The Stone Roses, "Mary's Garden" by Mock Turtles, "Ballad Of Jet Harris" by Apple Boutique, "Heaven Knows" by The Flatmates, "They Fell For Words Like Love" by Hangman's Beautiful Daughters, "Prize" by Kitchens Of Distinction, "Shame On You" by The Darling Buds, "Dying For It" by The Vaselines, "Curry Crazy" by Bad Dream Fancy Dress, "Glastonbury" by Rodney Allen, "Shake" by The Corn Dollies, "Cubans In The Bluefields" by East Village, "Who Works The Weather" by The Great Leap Forward, and "Sun Sea Sand" by The Revolving Paint Dream.  © 1996-2022, Dusty Groove, Inc.