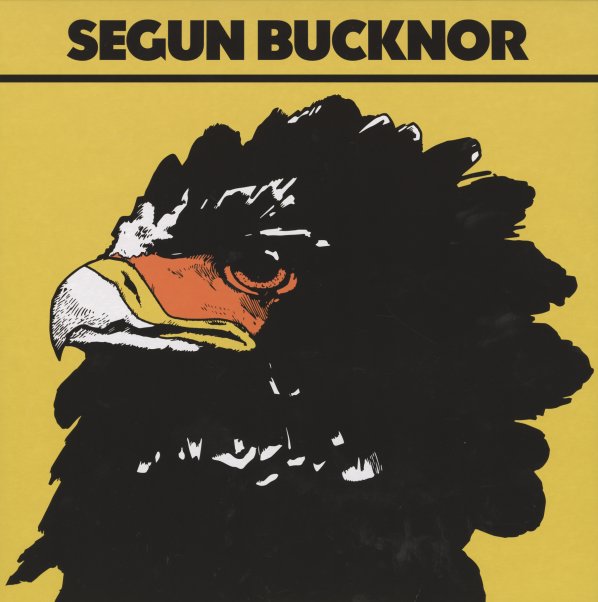 Seminal sounds from Segun Bucknor – one of the most soulful singers on the Nigerian scene of the 70s, and an artist who can mix funky grooves with some of the deeper currents and moodier themes that you'll hear in Zamrock recordings of the time! The album begins with some excellent upbeat riffing – but also balances things out wonderfully with some slower funk numbers – tunes that used blue organ lines that really fit the spirit of the vocals, while bubbling along a more gentle groove! The sound is pretty darn fresh, all these many years later – and the album's a great illustration of the revolutionary power that Bucknor brought to the scene. Titles include "The Price Of Love", "No Condition Is Permanent", "Everybody Wondering Why I Love You", "The Good Things Of Life", "Tragedy", and "Nigeria One & Forever".  © 1996-2022, Dusty Groove, Inc.

Unity
PMG (Austria), Late 70s. New Copy
CD...$3.99 16.99
Aigbe Lebarty plays some mighty cool phased guitar on this sweet set from the 70s – a batch of long funky grooves that have his guitar lines moving back and forth over the rhythms, with a really great range of offbeat spacey sounds! The group also features some keyboards, bass, and lots of ... CD

One More Chance
PMG (Austria), 1984. New Copy
CD...$3.99 16.99
A very cool record from Goddy Oku – who's pictured on the back cover working the knobs on a big studio console – definitely making sure that he gets his hand in the way the album's put together! There's an offbeat funky vibe to most of these tracks – almost a mode that recalls ... CD

Sahara All Star Band Of Jos
PMG (Austria), 1976. New Copy
CD...$4.99 16.99
One of the funkiest combos we've heard from the African scene of the 70s – and that's saying a lot, given how much great music was going on at the time! These guys really know how to lean into a long song, and open it up with incredible instrumental sharpness – a way of coming together ... CD

Mr Love
PMG (Austria), 1980. New Copy
CD...$3.99 16.99
A sweet bit of Afro Funk from Effi Duke & The Love Family – a set that's got some great touches that make the whole album pretty darn unique! There's a lot more groove here than you might expect from the "love" in the title – long tracks that build up in a flurry of ... CD

Nation Building
PMG (Austria), 1979. New Copy
CD...$3.99 16.99
A mighty nice set from Berkely Ike Jones – guitarist and one of the founders of the legendary Blo – working here in a groove that's a bit more Afro disco overall, but which still has all the great touches of his previous work! The music's plenty funky, but more in a clubby way than ... CD