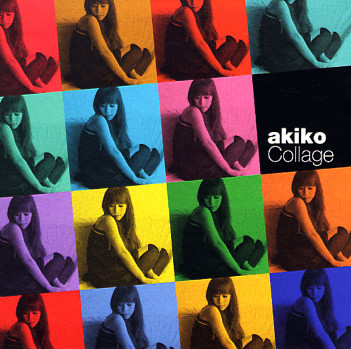 A great little collection of work from Japanese jazz singer Akiko – pulled from her first few Verve albums, and packaged into one really beautiful set! Unlike other contemporaries on the Japanese scene, who tend to be a bit more soul-based, Akiko goes for a style that's often more classically jazz-based – a mode the echoes back to sounds of the 50s and 60s, yet which is also served up with hipper production and instrumental touches from younger collaborators – especially Sunaga T, who had a hand in some of the best numbers here! Titles include "Funky Monkey Boy (English version)", "Good Morning Heartache", "Skindo Le Le", "You've Changed (funk version)", "Fly Me To The Moon", "Do You Know", "Far Beyond", "So Tired", and a few cool interludes and intros!  © 1996-2022, Dusty Groove, Inc.
(2016 SHM-CD pressing – includes obi!)

Today, Tomorrow, Forever
Capitol, 1964. Used
CD...$4.99
A very groovy set of standards and 60s pop tunes – all done by Nancy in her great soulful swinging style! The record's got far more to offer than you'd guess from the track list, as Nancy's at the height of her early career here – and she's getting backing from a very sympathetic west ... CD