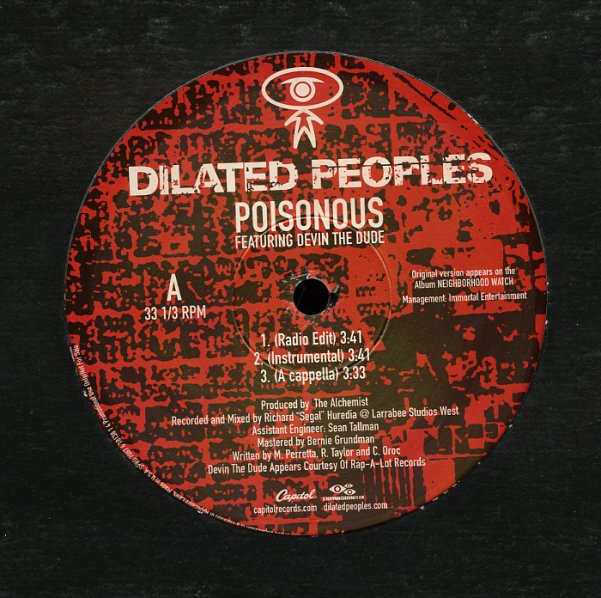 "Poisonous" features Devin The Dude.
(In a stickered sleeve.)