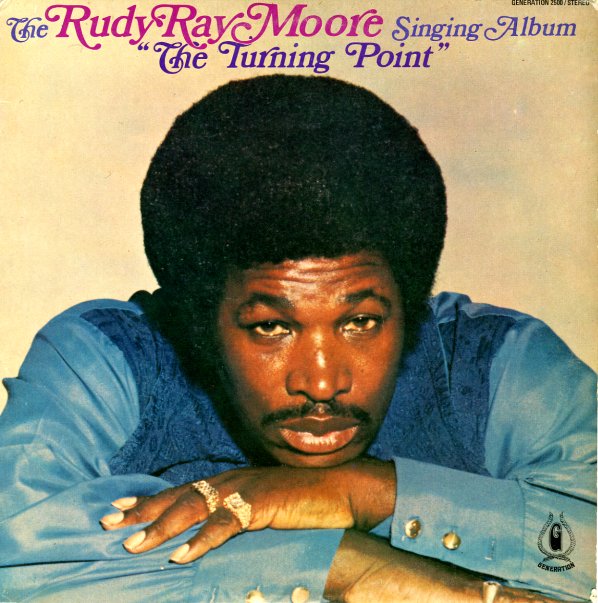 A record's that's billed as "The Singing Album" – and a whole new chapter in the career of Rudy Ray Moore! The set definitely features Rudy on vocals, but the instrumentation's just as important too – some nice funky undercurrents and rootsy soul bits, all arranged and conducted by Arthur Wright – with a vibe that's somewhere in the Petey Wheatstraw mode! Moore's actually going for a deep soul approach on a few cuts – maybe trying to give Blowfly/Clarence Reid a run for his money – and music is by the Fillmore St Soul Rebellion and Rabbit Foot Minstrel Group. Titles include "Need To Belong", "Put Your Weight On It", "Turning Point", "Knock Me A Kiss", "I Cried A Tear", and "Great Pretender".  © 1996-2021, Dusty Groove, Inc.