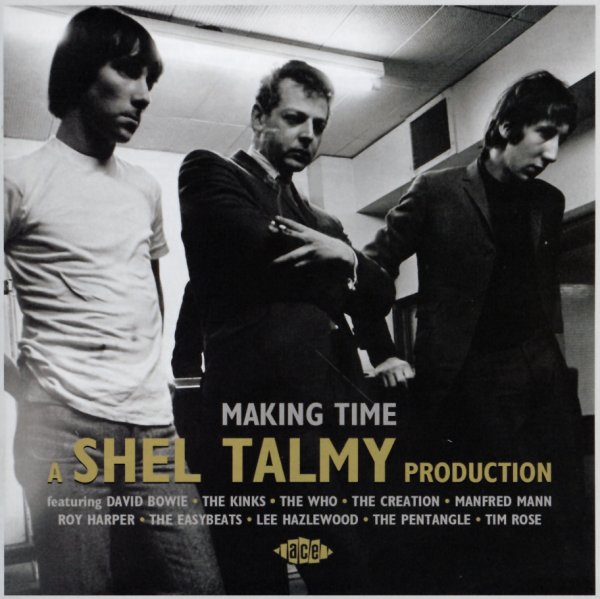 A fantastic look at the studio genius of Shel Talmy – the man whose talents really helped The Kinks, Who, and Creation make a huge mark on the UK scene of the 60s! Yet apart from these famous productions, Shel also handled a heck of a lot of other great work too – as you'll hear on this long-overdue collection that brings together a stunning range of the work that set Talmy apart from the rest! Some of these cuts make great use of fuzz – not in a psychedelic way, but with a great tension between freedom and structure – and others have maybe deeper currents inspired by Shel's American roots, but given a much hipper spin on the British scene of the time! As usual with Ace, the presentation is wonderful – detailed notes on Talmy's career, plus song-by-song details on this wonderful array of tracks – 25 numbers that include "That's Why I Love You" by Goldie & The Gingerbreads, "Making Time" by The Creation, "Ageing Rover" by Roy Harper, "Lisa" by The Easybeats, "Night Comes Down" by The Mickey Finn, "Light Flight" by The Pentangle, "Stop & Watch The Children Play" by The Rokes, "Light Flight" by The Pentangle, "Semi-Detached Suburban Mr James" by Manfred Mann, "Bald Headed Woman" by The Sneekers, "Caroline" by The Fortunes, "I'm Coming Home" by The Nashville Teens, "Daddy Long Legs" by Lindsay Muir's Untamed, and "Jack O Diamonds" by Ben Carruthers & The Deep.  © 1996-2022, Dusty Groove, Inc.