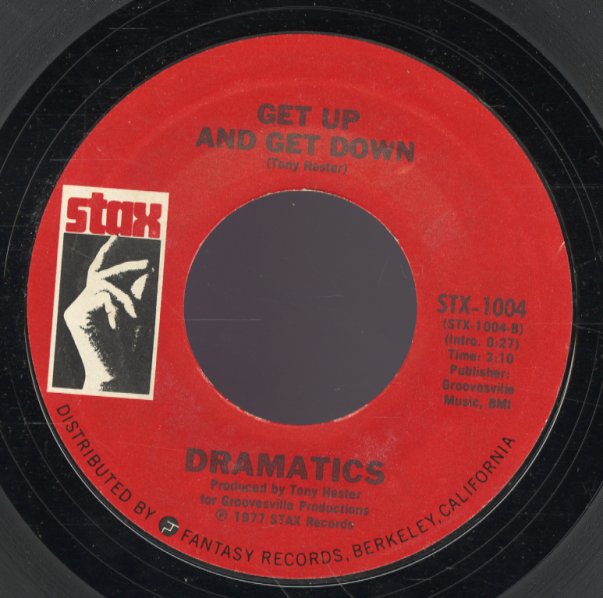 Whatcha See Is Whatcha Get/Get Up & Get Down

"Whatcha See" is one of The Dramatics' best cuts ever! It's got a dope rolling groove, a hard righteous message, and a hook that just won't quit. The track's more than a bit funky, and it's one of those tunes that you've heard for years – and will smile upon catching again!  © 1996-2021, Dusty Groove, Inc.
(Red label pressing in a Stax sleeve, with a cutout hole.)