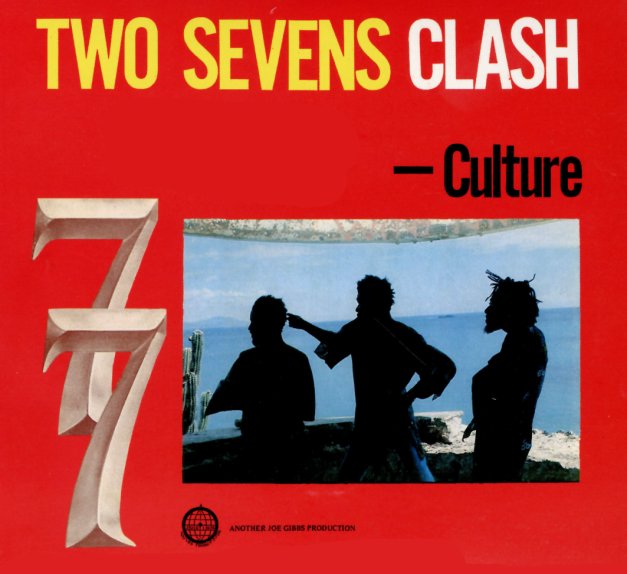 The first album from Culture, and still their most classic – a set that takes its title from a prediction by Marcus Garvey – who said that there would be trouble in the world when "two sevens clash" on July 7, 1977! Fortunately, we made it all through that date in one piece – and good thing too, as the record's gone on to even more legendary status as the years have gone on – with a righteous sort of energy that just seems to get more important over the decades. Joe Gibbs produced, and arranged with Errol Thompson – and the slow-stepping rhythms of the set, heavy on bottom-end sounds, are a perfect backdrop for the message-oriented lyrics in the music. Every cut's a classic – and titles include "I'm Alone In The Wilderness", "Pirate Days", "Two Sevens Clash", "Calling Rastafari", "I'm Not Ashamed", "Get Ready To Ride The Lion To Zion", "Black Starliner Must Come", "Jah Pretty Face", "See Them A Come", and "Natty Dread Taking Over". Very special edition – with 11 bonus tracks that include ""Natty Dread Taking Over/Invasion" by Culture & Roy, "Natty Gone Clear" by Joe Gibbs & The Professionals, "Fulfillment" by The Mighty Two, "I'm Not Ashamed/Under Tight Wraps" by Culture & I Roy, "See Them A Come/Mask Mi Mask" by Culture & Prince Weedy, "Informer" by Culture, "Natty Pass His GCE" by Shorty The President, "State Of Emergency" by Joe Gibbs & The Professionals, and "Informer Version" by The Mighty Two.  © 1996-2022, Dusty Groove, Inc.