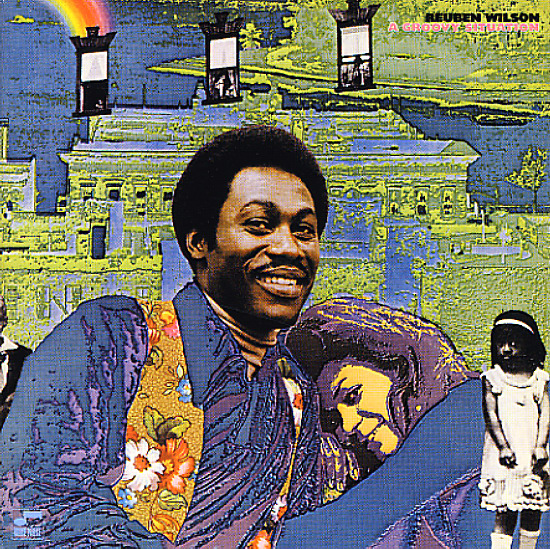 Reuben Wilson changes up the groove from his previous Blue Note sets – and the result is one of his greatest albums to date! This smoking little set has an edge that you really wouldn't expect – rhythms that move past the simple Blue Funk mode – into a more complicated style of funky jazz that really has Reuben hitting the Hammond in a fresh new way – of the sort he'd explore on his later albums for the Groove Merchant label. The group's a simple quartet – with the unusual lineup of Earl Turbington on alto, Eddie Diehl on guitar, and Harold White on drums – but the sound is a lot fuller and richer, thanks to a free-spirited approach to the rhythms of the tunes. And even though a number of the cuts on the set are covers of 60s soul tracks – like "A Groovy Situation", "Happy Together", and "Signed, Sealed, Delivered" – they come off quite differently in Reuben's hands – and sit nicely next to strong original tracks like "Sweet Tooth" and "While The World Lies Waiting". A sweet little funky gem!  © 1996-2022, Dusty Groove, Inc.
(Beautifully done reissue – with great new liner notes and photos!)