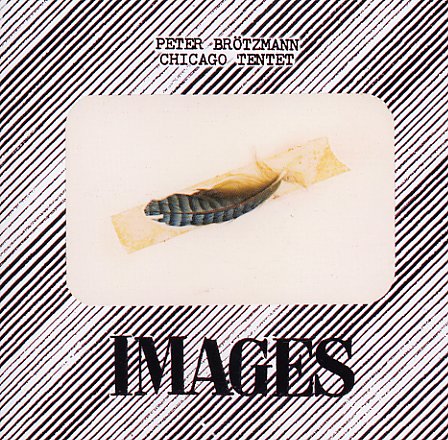 A fantastic testament to the genius of the transatlantic meeting that is the Peter Brotzmann Chicago Tentet – a group that manages to bridge the sometimes-unwieldy modes of the improvising orchestra, and the energy of a smaller free jazz combo! All the players seem tied together perfectly – both at an emotional level, and a musical one – so that the combination of energy is way more than the sum of its mighty parts – a real accomplishment, given that the "parts" include Ken Vandermark, Peter Brotzmann, Marts Gustafsson, and Mars Williams on reeds – plus Joe McPhee on trumpet, Jeb Bishop on trombone, Fred Lonberg-Holm on cello, Kent Kessler on bass, and both Michael Zerang and Hamid Drake on drums. The set begins with a searing 37 minute piece dedicated to Robert Rauschenberg – Vandermark's "All Things Being Equal", which almost has a Mingus-like combination of structure and solo. "Images" follows, and is a more freewheeling piece – but completely wonderful too!  © 1996-2021, Dusty Groove, Inc.