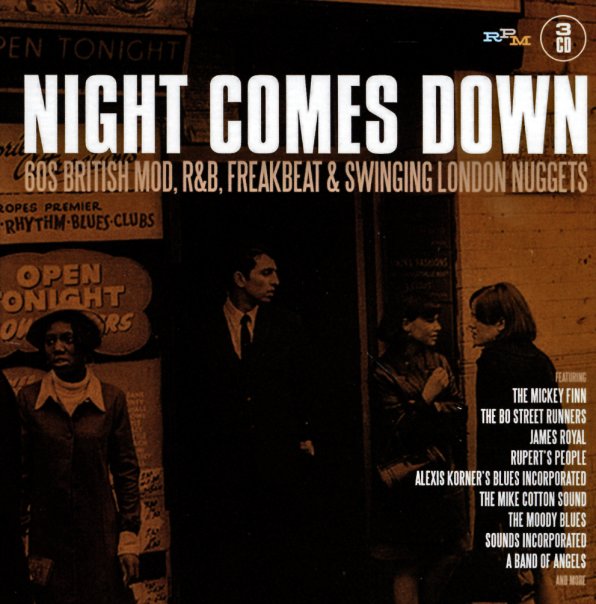 The British mod scene of the 60s was drinking up a very heady brew of American jazz, soul, and R&B – then doing a great job of turning it into their own sort of music, as you'll hear on this set! Most of the numbers here are English, but could easily go head-to-head with the most romping tunes on American jukeboxes at the time – particularly the soulful sort of grooves that were flowing out of northern cities like Detroit, Chicago, and New York! Yet there's also something special going on here, too – as the groups aren't just slavishly soulful, but also taking some chances, too – really starting to open up their sound, but not at the level from the more progressive years – just finding the right sort of inspiration, then getting confident enough to give things their own spin. The set list is amazing – very much on a par with the other superb 3CD collections of this nature from RPM – and titles include "Work Song" by James Royal, "Night Comes Down" by Mickey Finn, "What's Her Name" by Guy Darnell, "My Love" by Ronnie Jones, "Taboo Man" by Alexis Kroner, "Mama" by Litz Roza, "Don't That Beat Them All" by Just Five, "Fire In The City" by The Deviants, "Violin Shop" by The Alan Bown, "Elevator" by Grapefruit, "Peacock Dress" by Sun Dragon, "The Eagle Flies On Friday" by The Exceptions, "Girl On A Motorcycle" by British Lion Orchestra, and lots lots more! 87 tracks in all.  © 1996-2021, Dusty Groove, Inc.