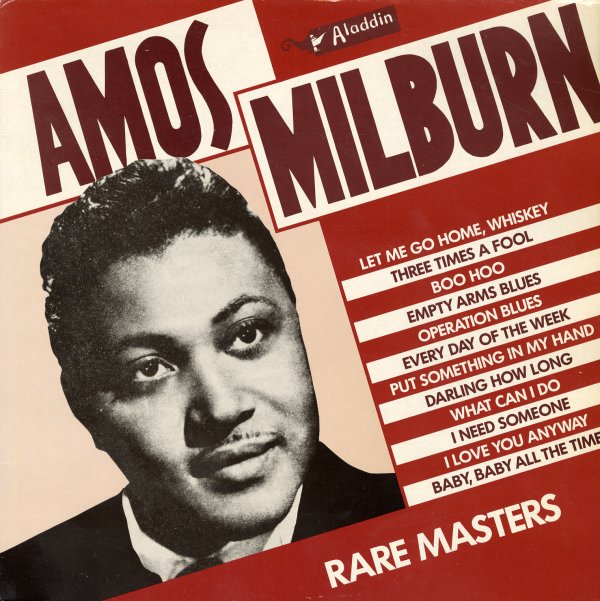 A great collection of early R&B by one of the genre's best – the mighty Amos Milburn, a singer who brought a new level of hardcore to the genre! The set features recordings taking from original Aladdin 78s – but is a legit issue from EMI France, and comes with notes on the recordings that fill in the details nicely. Titles include "Put Something In My Hand", "Baby Baby All The Time", "Boo Hoo", "Three Times A Fool", "Everyday Of The Week", "Let Me Go Home Whiskey", and "Operation Blues".  © 1996-2021, Dusty Groove, Inc.
(80s French pressing.)

Bill Cosby Presents Badfoot Brown & The Bunions Bradford Funeral & Marching Band
Uni, 1971. Near Mint- Gatefold
LP...$39.99
A funky masterpiece from Bill Cosby – hardly the sort of record you might expect from all of his years on mainstream TV! This set was cut back when Bill was a much hipper cat on the LA scene – and it was the start of a brief all-instrumental run with his Badfoot Brown ensemble – ... LP, Vinyl record album