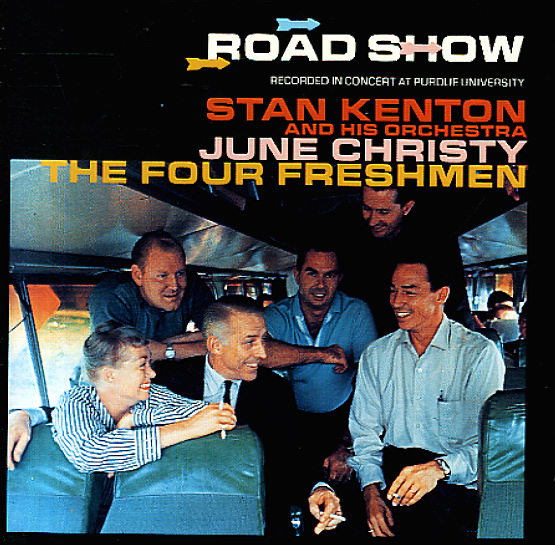 A great example of the Kenton powerhouse in action – a 90 minute double-live recording that really set a new standard for jazz sets of its type! The album features a side apiece dedicated to each of the three acts – one by Kenton's orchestra, one by Christy on vocals, and one by the Four Freshmen – the latter two supported by Kenton's group on their own sides, then joining together for a final fourth side that features all artists together. The approach is a great one – very vibrant, and certainly crowd-pleasing – and titles include "Artistry In Rhythm", "My Old Flame", "I Want To Be Happy", "Midnight Sun", "Day In Day Out", "Angel Eyes", and "Love For Sale".  © 1996-2022, Dusty Groove, Inc.
(Mono rainbow label pressing, in the gatefold cover with booklet. Cover has partial top split, aging.)