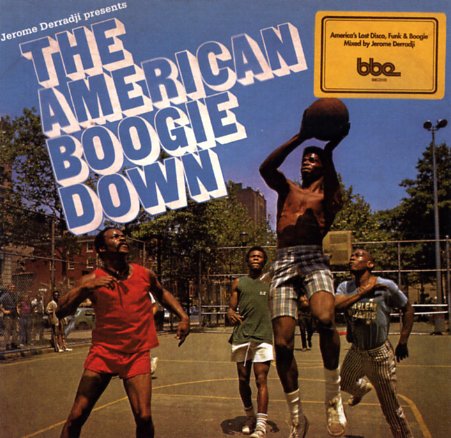 Past Due
Past Due (label)
Funky Compilations (CD, LP)
Soul (CD, LP)

A massive batch of rare club tracks unearthed by Chicago's Past Due label, packaged together wonderfully as a document of a lost side of soul and disco! So far, Past Due's efforts have only surfaced as expensive 12" singles – so this collection is the first full length set to showcase the label's music – a treasure trove of under-discovered gems from the indie soul underground of the late 70s and early 80s! The music is to the far left of some of the better-known club work from the east coast of the time – including that of P&P Records – and most cuts here almost fall more in the upbeat funk mode than conventional disco grooves you'd find on bigger labels. Most numbers groove along in a wave of bumping bass, sweet keyboards, and other hip instrumental touches – and vocals are usually deep and soulful, much more so than in ordinary club. Titles include "Galaxy" by Visions Of Tomorrow, "Midnight Rhythm" by The Right Direction, "The Heat Is On" by Lonnie Givens, "Get Up Get Down & Let Your Body Pop" by Greyship Daviz, "Dance" by Destiny In Time Band, "Party" by Monofide, "Kiss You Everywhere" and "You Are Number One" by Devarne, "You Bring Out The Best In Me" by Destiny In Time, and "If You Like What We're Doing" by The Fabulous Kings.  © 1996-2021, Dusty Groove, Inc.