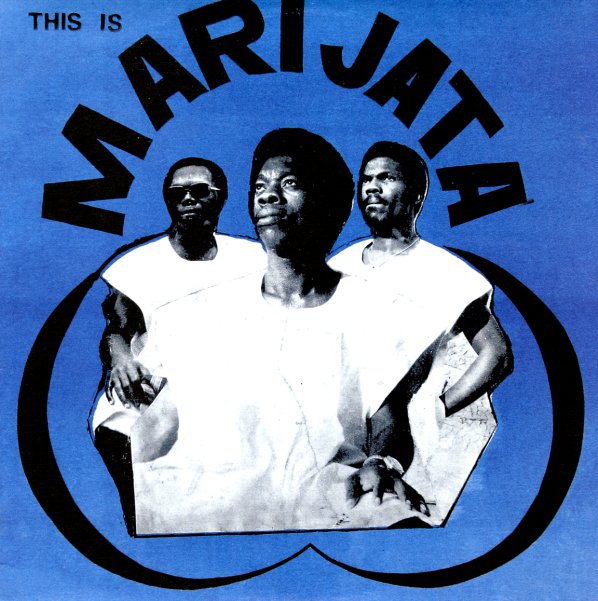 Rare Ghanaian funk from Marijata – a rawer, rootsier take on the mid 70s African funk sound, and really unique vibe overall! Marijata is a core 3-piece featuring drummer Kofi Addison, organist Bob Fischian and guitarist Nat Osmanu of the group Sweet Beans – a set up that provides for a distinctive, loose-limbed feel on the sparest moments – always funky, but without any reliance and bigger, denser orchestrations. Even when augmented by a horn section they've got a great, gritty vibe all their own! This live in the studio set is one of the most hard-sought of the genre, and now that we've heard it, we can see why! Raw, riveting and soulful stuff – a real treasure! Includes "I Walk Alone", "We Live In Piece", "No Condition Is Permanent" and "Break Through".  © 1996-2023, Dusty Groove, Inc.