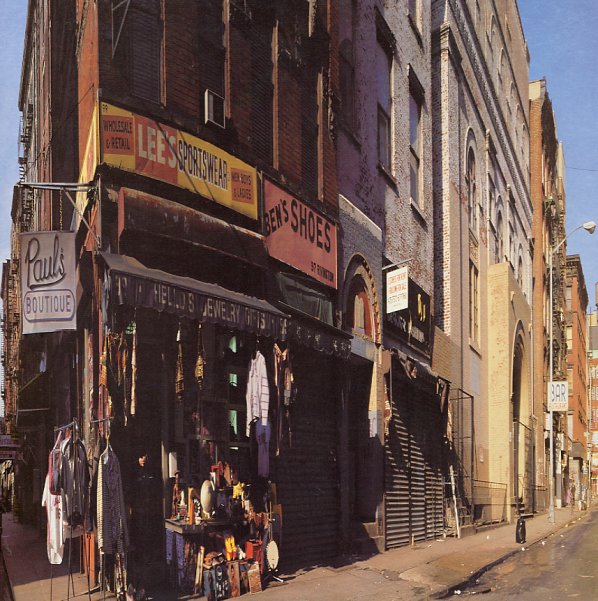 Original quad-fold copy of the Beastie's second LP, and their first one for Capitol. Like a great deal of hip hop from the late 80s/early 90s era, the production on this one is nothing short of watershed, pure Dust Brothers butter, super dense and super funky like heavy clouds of smoke from the bong! And besides it seems like there's almost no reason to mention the fab and now classic cover package, with a wrap around image from Ludlow and Rivington that's like a tribute from the Beasties to their pre-Cali transplant locale! 15 seminal tracks in all, including "Hey Ladies", "Shake Your Rump", "High Plains Drifter", "The Sound Of Science", "Looking Down The Barrel Of A Gun", "B-Boy Bouillabaisse" and "Shadrach".  © 1996-2022, Dusty Groove, Inc.
(Capitol 75th Anniversary pressing on 180 gram vinyl in the quad-fold cover. Includes the printed inner sleeve.)

All Balls Don't Bounce
Capitol, 1995. Near Mint- 2LP
LP...$33.99 39.99
Aceyalone's solo effort from the mid 90's, after the Freestyle Fellowship's major label LP "Inner City Griots" failed to make an impact in the larger, commercial world of Hip Hop. Production was handled by a lot of the more underground LA folks of the same period: Fat Jack, the Nonce, ... LP, Vinyl record album