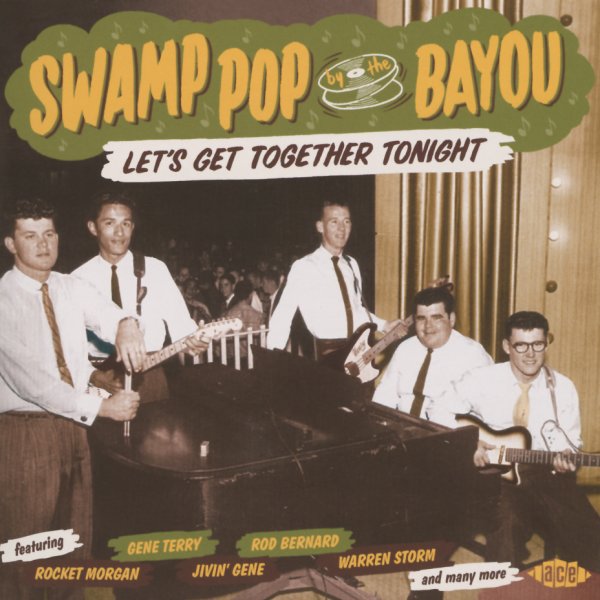 Swamp Pop By The Bayou – Let's Get Together Tonight

Drop the "pop" from the title, and focus on the "swamp" – as the sounds here are a heady brew of all that was going down in the backwaters of the Louisiana scene at the end of the 50s – strands of blues, hillbilly, R&B, and early rock modes – all served up with a style that's quite different than some of the more polished work coming from up north! Some of these cuts echo familiar New Orleans modes, but most are very unique numbers that really show the special sort of vibe that was happening in Louisiana at the time – a real musical crossroads whose influence had later impact on styles in Texas, Tennessee, and other points south! As usual with Ace Records, not only is the choice of music great, but the presentation is too – with loads of notes that really illuminate these 28 rare tunes – titles that include "If You Don't Want Me" by Warren Storm, "Never Let Her Go" by Gene Terry & His Downbeats, "I'll Be Coming Home To You" by Hal Young & The Electras, "Where Should I Go" by Gabe Dean, "The Snake" by Merton Thibodeaux, "Lucy Lou" by Vince Anthony & The Blue Notes, "It's Too Late" by Rocket Morgan, "Now Is The Time" by Charlotte Hunter, "Play A Song For My Baby" by Rod Bernard, "Searching For Love" by Charles Page & The Rockin Aces, and "I Got Loaded" by Ken Lindsey.  © 1996-2022, Dusty Groove, Inc.