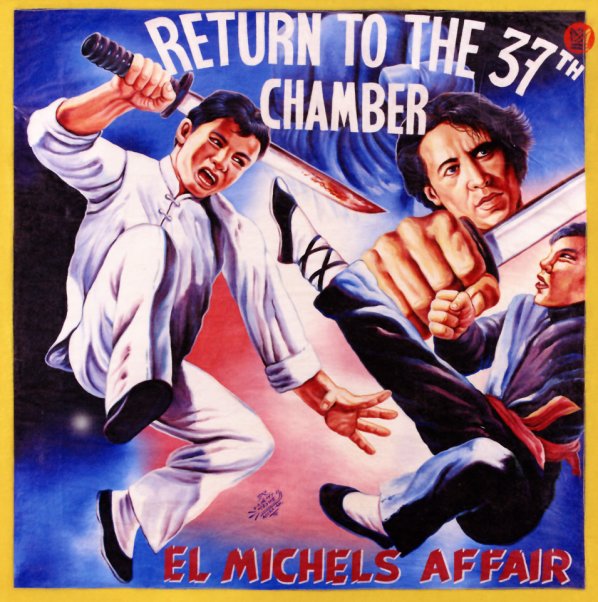 El Michels return again to the Wu-Tang chambers – and the results this time might even be better than before! Wu-Tang forged their initial sound out of a love of offbeat samples and unusual funk – so it's only fitting that one of the hippest funk groups around strip the music right down to its roots – performing new live interpretations with their wickedly sinister groove – all at a level that makes the whole thing a slow funk masterpiece from start to finish! El Michels has always been one of the few real standouts in the deep funk scene – and it's records like this that keep us loving them so much. And even though the set features vocals from Lee Fields on two tracks, and Lady Wray on one more – the instrumental groove is what dominates and draws our ears, on tracks that include "Tears", "Sipped Up", "Shadow Boxing", "Iron Man", "4th Chamber", "Shaolin Brew", "Drums For Sale", "Verbal Intercourse", "Tearz", and "Wu Tang Clan Ain't Nuthin Ta F Wit".  © 1996-2022, Dusty Groove, Inc.
(Includes download! Please Note – LP sleeves are variable.)