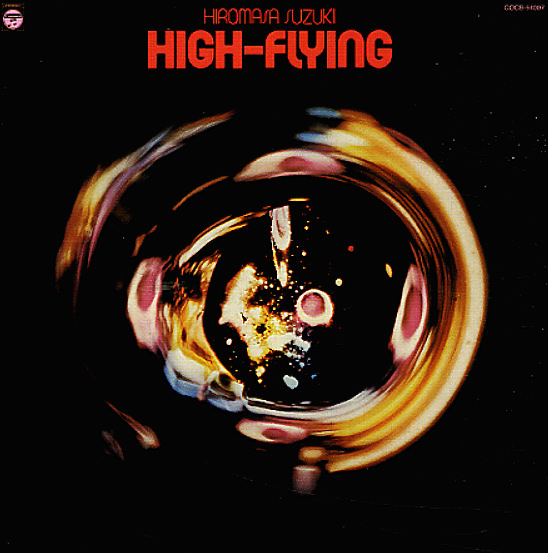 Loads of great keyboards here from Hiromasa Suzuki – working in a mode that's somewhere between earlier funky jazz, and the tighter Japanese fusion of the late 70s! The style here is never too smooth, yet Suzuki really manages to blend some great elements together – his own keys, lots of funky rhythms, saxes from Jiro Inagaki, and even a touch of vocals from Kyoko Ishu – used in ways that are relatively spare, and more musical than lyrical – which fits in perfectly with the groove! The feel of the set is like some lost bit of funky jazz from mid 70s Fantasy Records – and titles include "Screwdriver", "Scramble", "Between O & M", "Straight Flash", and "Out Of Focus".  © 1996-2023, Dusty Groove, Inc.
(Part of the excellent Deep Jazz Reality series – excellent Japanese pressing, with obi!)

Green River
Enja/Solid (Japan), 1984. New Copy (reissue)
LP...$29.99 39.99
Drummer Takeo Moriyama is best known to our ears as one of the key forces in the trio of pianist Yosuke Yamashita in the 70s – and he definitely continues that strong legacy here, but with a vibrant voice that's all his own! The session is maybe more pitched towards the spiritual side of the ... LP, Vinyl record album