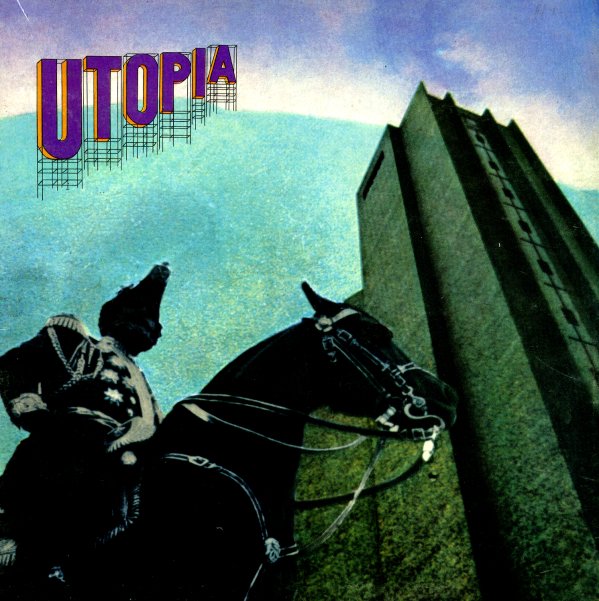 Not the Utopia group with Todd Rundgren in the lineup, but an earlier German act who only cut this one album – which itself was sort of a side project away from the sessions for the Wolf City album by Amon Duul II! Utopia shares members, a producer, and a lot of energy with that group – but the result here is a bit different – music that's maybe a bit more personal overall, with some songs that are surprisingly sensitive at times, mixed with some of the fiercer instrumentation you'd expect from the Amon Duul legacy. The whole thing's a great example of prog energy trying to find a more focused energy – and were it not for the various issues with the parent group, Utopia may well have found a greater path forward with this album. Titles include "Nasi Goreng", "Jazz Kiste", "Deutsch Nepal", "The Wolf Man Jack Show", "Alice", and "Las Vegas".  © 1996-2022, Dusty Groove, Inc.