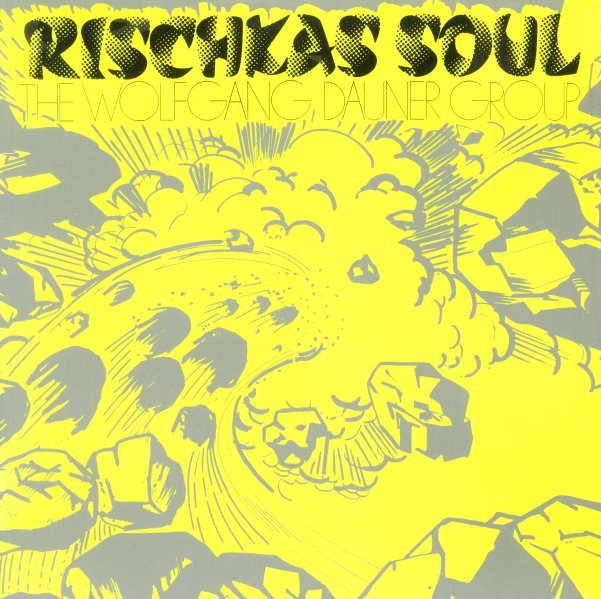 A fantastic album from German keyboard giant Wolfgang Dauner – and maybe one of the few to perfectly balance both his soul jazz roots and his later trippier style! The music here is very groovy – much more in the mode of MPS Records electric jazz sets of the time than you'd guess from the album's placement on Brain Records – and the lineup features incredible work from Sigi Schwab on guitar – who can be open and spacious at some points, but then really jam with a groove at others! Likewise, the bassist Eberhard Weber can provide a lot of propulsion when needed, but also lay back and bow his cello in a more ECM-like way – and the album's two drummers, Fred Braceful and Roland Wittich, both show an equally deft ability to change up the groove! The real superstar, though, is the mighty Dauner – who plays piano, organ, and keyboards, plus a sweet bit of flute too – on tracks that include "Reading Machine", "Kamasutram", "Blues Far Out", "Flute Woman", and a freaky fuzzy take on Cannonball Adderley's "Jive Samba".  © 1996-2022, Dusty Groove, Inc.

Humanum Est/Hand Und Fuss
Erlkonig/Long Hair (France), Mid 70s. New Copy
CD...$16.99 22.99
A pair of albums from Aera – an obscure German prog group who recorded on an equally obscure label during the 70s! Humanum Est is the group's first – and although the set has vocals, it's very occupied with some really unique interplay between guitars, saxes, bass, and drums – ... CD

Lucifer's Dream
Global/Long Hair (Germany), 1973. New Copy
CD...$18.99 24.99
A rare bit of fusion from European reedman Ralf Nowy – a player who didn't cross over to the US as much as some of his other overseas contemporaries, but who's equally great! This album's got kind of a flowery cover, but a sound that's surprisingly soulful – a fusion groove that's ... CD