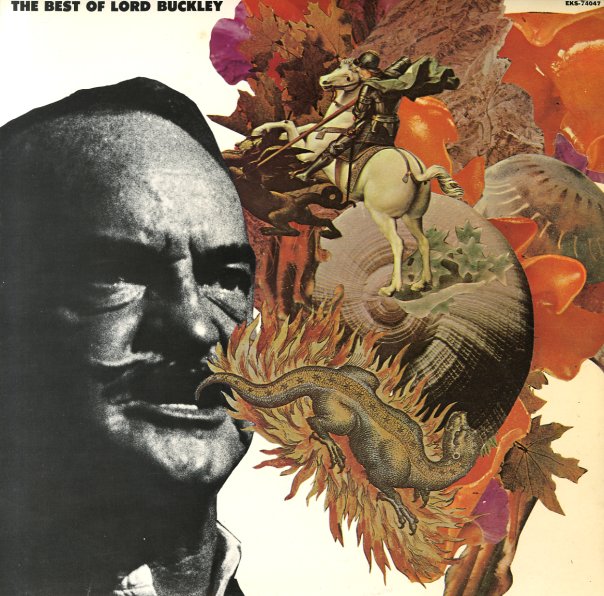 Lord Buckley's rare early recordings for the Vaya label in LA – groundbreaking sides that predated most comedy albums, and which also had a huge influence on the spoken word recordings of the beat generation! The tracks were recorded live, with Buckley talking in a mixture of jive and gibberish that may well have marked him as the first true hipster on record – and which also puts him in a lineage that's somewhere between Slim Gaillard and Babs Gonzales. Titles include "The Nazz", "Jonah And The Whale", "Nero", "Gettysburg Address", "Marc Antony's", and "Funeral Notation"  © 1996-2021, Dusty Groove, Inc.
(Red label pressing. Cover has an unglued top seam, and a bit on the bottom.)

Best Of Lord Buckley (Crestview)
Crestview, 1951. Very Good
LP...$13.99
Lord Buckley's rare early recordings for the Vaya label in LA – groundbreaking sides that predated most comedy albums, and which also had a huge influence on the spoken word recordings of the beat generation! The tracks were recorded live, with Buckley talking in a mixture of jive and ... LP, Vinyl record album