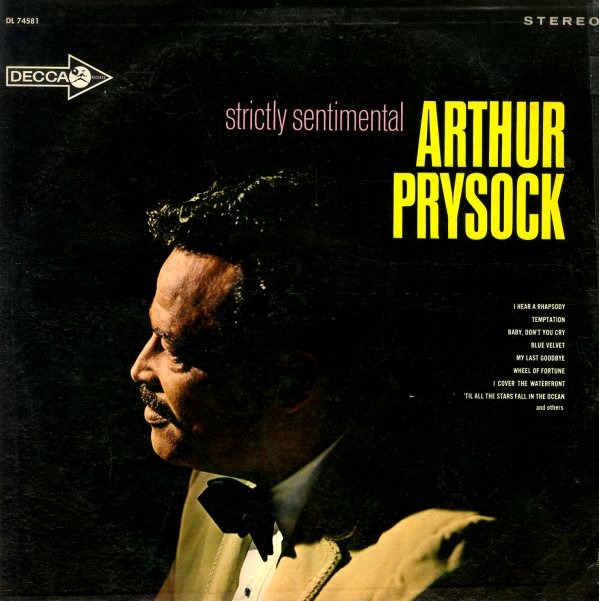 Portrait Of Arthur Prysock (Old Town)
Old Town, Early 60s. Very Good+
LP...$1.99
Genius! It's hard to go wrong with Arthur Prysock in the 60s – and an album like this is key proof of why he was one of the best male singers of his generation – even if nobody seems to remember that now! There's a mix of darkness in with the bold, adult, masculine approach here ... LP, Vinyl record album

Blue Moon
Decca, 1956. Very Good-
LP...$11.99
Some of the hippest early work ever cut by Carmen McRae – with backings by Tadd Dameron and Jimmy Mundy, and a great selection of songs that brings out all the sophistication in Carmen's style, yet stays away from overly-done standards and love numbers. The set's a perfect example of how ... LP, Vinyl record album

It's A Lonesome Old Town
Decca, 1956. Very Good
LP...$6.99
Dreamy late night vocals from Kitty Kallen – singing here in a style that's much more sophisticated than her pop country stuff (like "My Coloring Book"), with arrangements by Jack Pleis that are in a very sweet and lonely mood. The tracks are a strange mix, but Kitty's lonesome ... LP, Vinyl record album