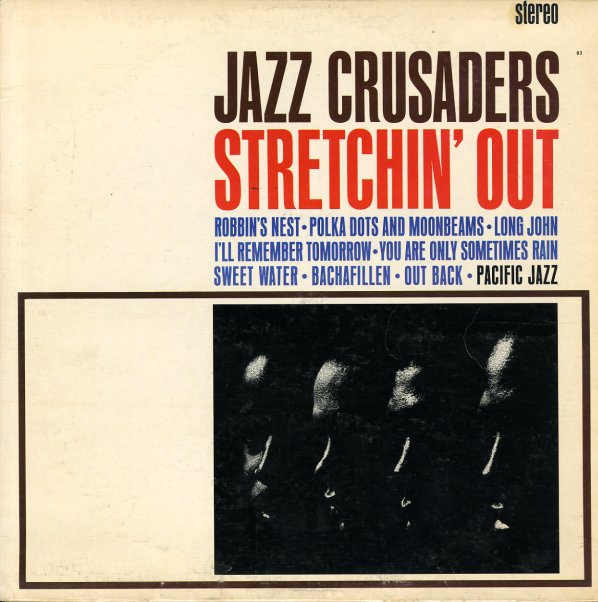 The Jazz Crusaders at their early best – swinging hard, and virtually defining the sound of soul jazz on the west coast scene of the 60s! The sound here is impeccable – tight rhythms overlaid with searing solos – all the best the young group had to offer, thanks to the early genius of Wayne Henderson on trombone, Wilton Felder on tenor and alto, Joe Sample on piano, and Stix Hooper on drums. The set also features a bit of guitar from Joe Pass, and bass from Monk Montgomery – who brings in a nice bottom to the rhythms – furthering the groove that really keeps things going! The set list is a mix of originals and tracks by other jazz artists, and includes "Long John", "Out Back", "Bachafillen", "Sweetwater", and "You Are Only Sometimes Rain".  © 1996-2021, Dusty Groove, Inc.
(Mono blue & silver label pressing. Cover has light wear.)