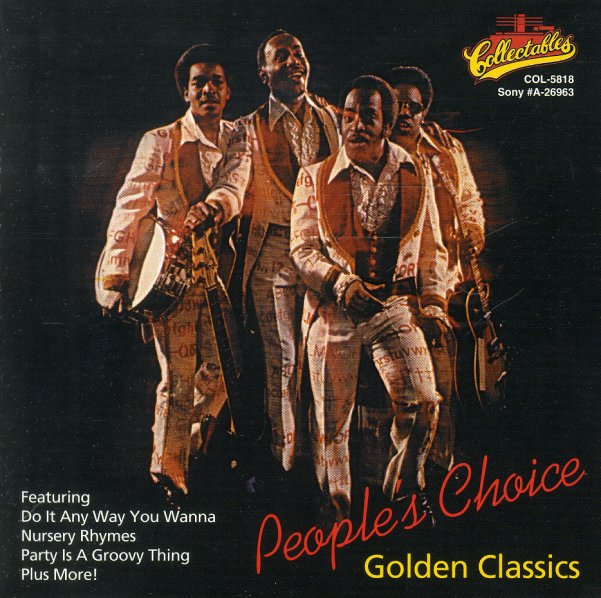 A collection of 13 tracks pulled from People's Choice's mid 70s recordings for Philadelphia International – sides that show them making the same progression from funk to disco as other groups of the time, like BT Express. And although it would have been easy for the group to leave behind their funk roots entirely, and just go for quickie disco numbers, the CDs actually got some great soul tracks – filled with the heavy Philly soul of earlier days, stretched out a bit more professionally thanks to production help from Gamble & Huff. Frankie Brunson's great on vocals and keyboards, and the band grooves hard and tight on most of the album. Tracks include "Do It Any Way You Wanna", "Mickey D's", "Party Is A Groovy Thing", "Don't Send Me Away", "Boogie Down USA", "Love Shop", "Nursery Rhymes", "If You Want Me Back", "Are You Sure", and "I'm Leaving You". 13 tracks in all.  © 1996-2021, Dusty Groove, Inc.

Going East/War Of The Gods
Philadelphia International/Raven (Australia), 1972/1973. Used
CD...$18.99
Two amazing albums by Billy Paul – both of which show he had a lot more to offer than just his bigger 70s hits! Going East is one of Billy Paul's greatest albums ever – or perhaps the greatest – an amazing blend of soul, jazz, and a soaring sense of spiritualism that's not only ... CD

Keep On Pushing/People Get Ready
Kent (UK), 1964/1965. Used
CD...$3.99
A pair of 60s classics by the mighty Impressions – back to back on a single CD! On Keep On Pushing, there's no need for The Impressions to push from behind – because with a record like this, they're very firmly in the driver's seat! The album's a treasure through and through – ... CD