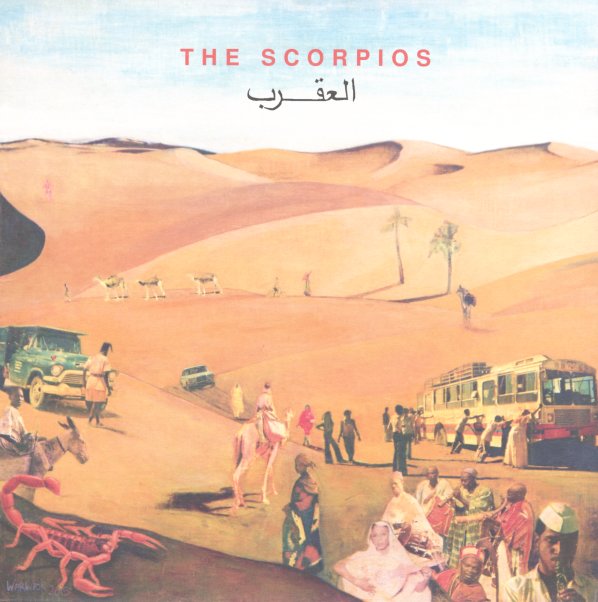 The Scorpios are a Sudanese group, now living in exile in London – and working here in this amazing remake of sounds from their homeland! The music has some echoes of the contemporary takes on Ethiopian music – definitely that blend of funk and exoticism – but there's also an extremely striking presence of the vocals, often sung by a female singer, whose ability to flow and inflect really leaves us breathless! The rhythms are great, too – with romping funky instrumentation that often has the guitar and keyboards coming down with the groove – and although there's some trumpet and tenor on the record, the horns are less of a factor than the interplay between percussion/guitar rhythms and the voice. Production is great, very vintage in approach, but never in a cliched way – and titles include "Eujoaideen", "Yadob Yadob", "Benreed El Etam", "Safar", "Saparna", "Kirfaya Mosa", and "La Shaftak Tabel Elshoog".  © 1996-2020, Dusty Groove, Inc.