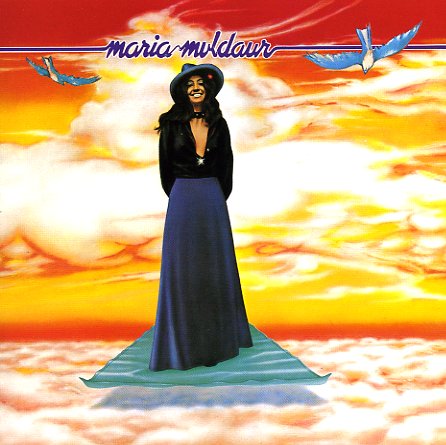 A landmark record from Maria Muldaur – quite different than the rougher folsky work she cut in the 60s – and done with a really warm studio sound that's pure 70s all the way through! Maria's working here with some older folksy contemporaries – like David Grisman, Ry Cooder, and Jim Keltner – but much of the album has a warm glow overall, and some jazzy inflections that really help change the sound from before. The mighty Nick DeCaro did some great string arrangements on a few tracks – including the sublime "Midnight at the Oasis", one of the best pop tracks to come out of the seventies, and a jazzy ditty that still sounds amazingly fresh today. Other tracks include "Any Old Time", "Mad Mad Me", "Long Hard Time", and "Three Dollar Bill".  © 1996-2022, Dusty Groove, Inc.
(Out of print.)