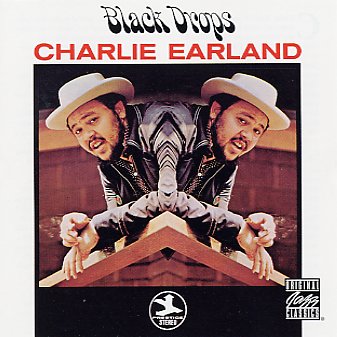 A monster – and Charles Earland's second album for Prestige, the follow-up to his groundbreaking Black Talk album! This set's as great as that classic set – a tight batch of groovers that features Earland's Hammond work right out front, grooving away in a soaring, exploratory style that blew away most other jazz organ players at the time. Here, Earland's got an amazing talent for really stretching out, yet never losing the groove – infusing tunes with incredible soulfulness, and making them dance out nicely, even at the farthest reaches of his solos. The band's great, too – with Maynard Parker on guitar, Jimmy Heath on tenor and soprano, and Virgil Jones on trumpet – and all tracks are great, with titles that include "Sing A Simple Song", "Lazy Bird", "Letha", "Buck Green", and a great cover of "Raindrops Keep Falling on My Head"!  © 1996-2021, Dusty Groove, Inc.
(Purple label pressing with Van Gelder stamp. Cover has light wear and staining, half-split top and bottom seams and a cut corner.)