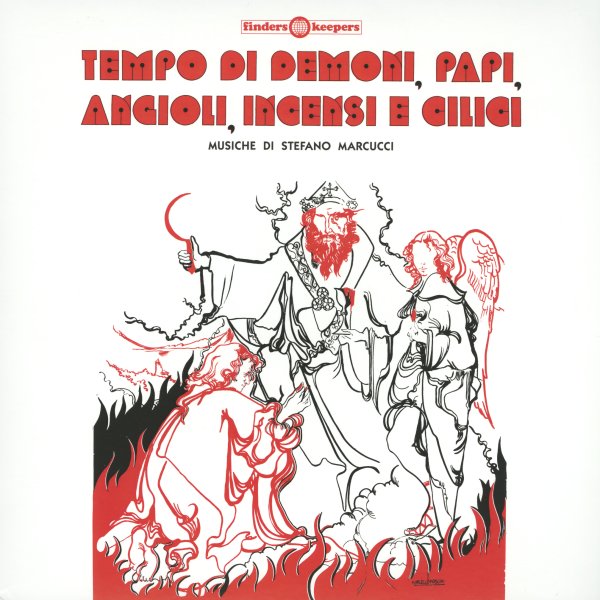 One of the weirdest Italian soundtracks you're ever likely to hear – mad music from the 70s, originally written for a demonic religious performance! Stefano Marcucci has roots in the psych scene, but also recorded the set in the Sound Workshop of Piero Umiliani – and the work has just the sort of mix of fuzz and electronics you'd expect from that pedigree – some really way out analogue electronic elements at times, mixed with more familiar song structures and some chorus vocals – often set to a psych funk groove that reminds us of some of the grooviest French arrangers at the end of the 60s, such as Michel Colombier and Jean Claude Vannier. The chorus vocals are especially offbeat – as they sound like they're going to be sweet, but feel more satanic in the end – and titles include "Pange Lingua", "Inferno", "Coro Dei Penitenti", "Allejua", "Rendete Grazi", "Gli Occhi Di Tutti", and "Roma Nobilis".  © 1996-2021, Dusty Groove, Inc.